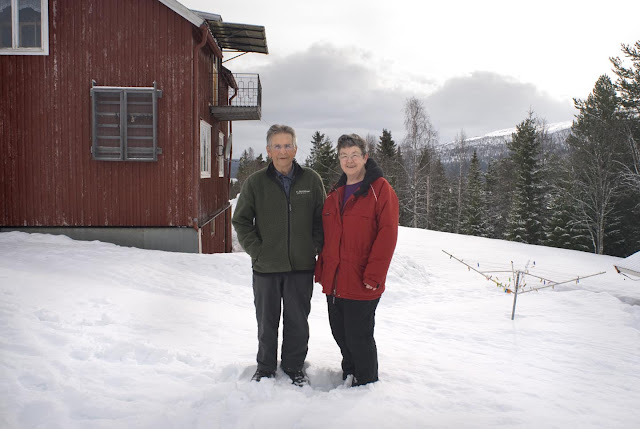 
From Granås in the Tärna area
"Sometimes it can be important (where you are from), and sometimes not. It depends on the context. I am very home-loving, so I think it's important in that way. I think it is fun to be from Tärna mountains area... ‘Europe’s last wilderness’, as it’s called. This is my home on the earth. There are generations back that have trudged these parts. When it comes to homesteaders, I am the 4th generation on this land. When it comes to the Sámi side of the family it goes back several hundred years. It cant be said exactly. (Growing up in Granås) we learned it was nature you adapted to. We were shaped by nature -it is a hopeless endeavor to go against nature. I learned patience too. But, if you are talking about (the origin of) others, then it doesn’t matter where on earth one comes from. Children are equally worthy no matter where or how they came to the world."

Donald
From a little village called Borga. Post address: Borgafjäll, in a county called Dorotea. Borga lies 200 km south of Granås, as the crow flies.
"When you talk about nostalgia, that I am from Borga...then I say I still call Borga ‘home’. I grew up there. My first years and the nature there made an impression on me. My life has been shaped by the Borga area and its progression. It has also been wilderness, it is also one of the last of the homesteaded lands."
Posted by Linda Maria Thompson at 11:00 AM

So, where are you from?

The #fromproject explores the relationship between individual and place by examining the common conversation-starter "Where are you from?"

The project is part a collaborative exhibit with fellow VODA photographers in 2014. Join in the project! Tag photos that says something about where you come from with #fromproject and be part of the exhibition opening at the Sune Jonsson Centrum för Dokumentärfotografi in Umeå November 30, 2014.